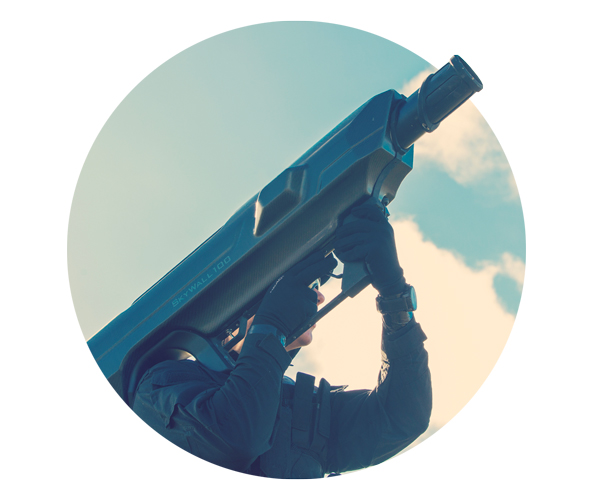 + Highly mobile to allow flexibility during the mission

SkyWall Patrol is an operationally-deployed system that gives a mobile operator the ability to physically capture a drone in a net, used in conjunction with electronic counter-measures for a layered defence, or in environments where electronic attack cannot be deployed.

It uses compressed air to launch a projectile up to the drone after the operator has targeted it using the onboard SmartScope, that compensates for drone speed and range automatically. Conventional weapons often fail to incapacitate a drone and do not offer a proportionate response to the drone threat and they can also escalate a situation when used in the vicinity of large crowds.

SkyWall Patrol can be used as a standalone drone defence solution but can also be integrated with a wider security system, using the SkyLink module, to offer a highly capable counter drone package. A single SkyWall Patrol system can protect an area or multiple systems can be deployed from mobile units to protect a large site.

AN INTEGRATED PART OF YOUR MISSION 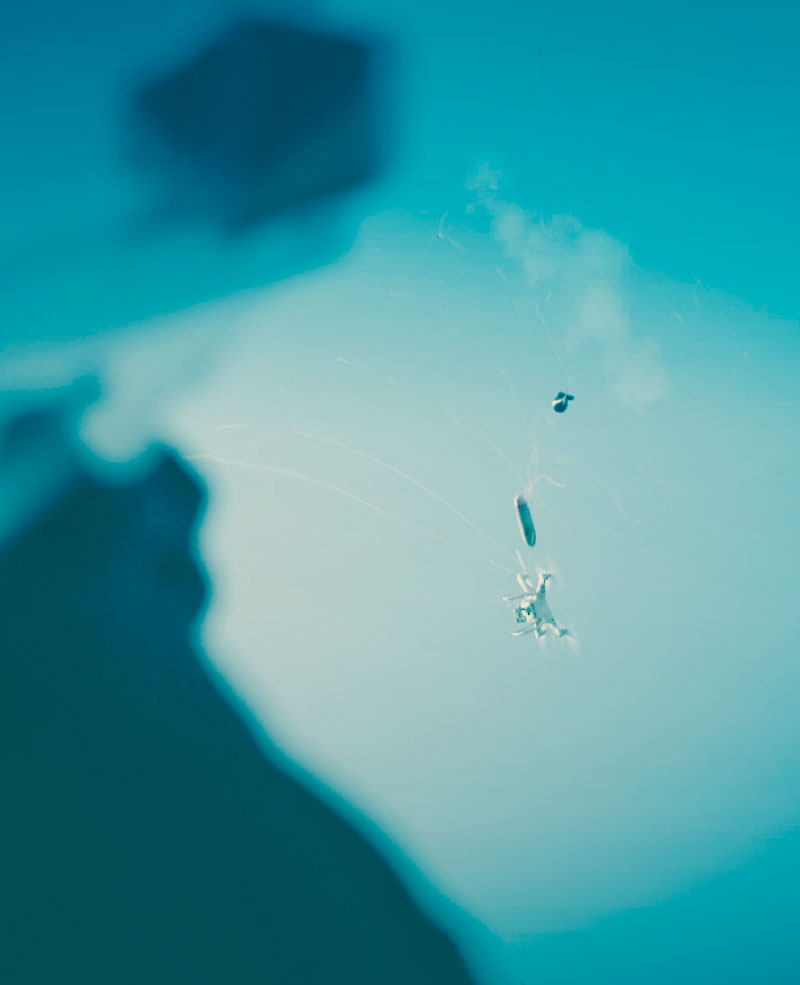 Low initial and through life costs. Projectiles are designed to be reused a large number of times.

With multiple systems, SkyWall100 has been deployed to protect large areas. 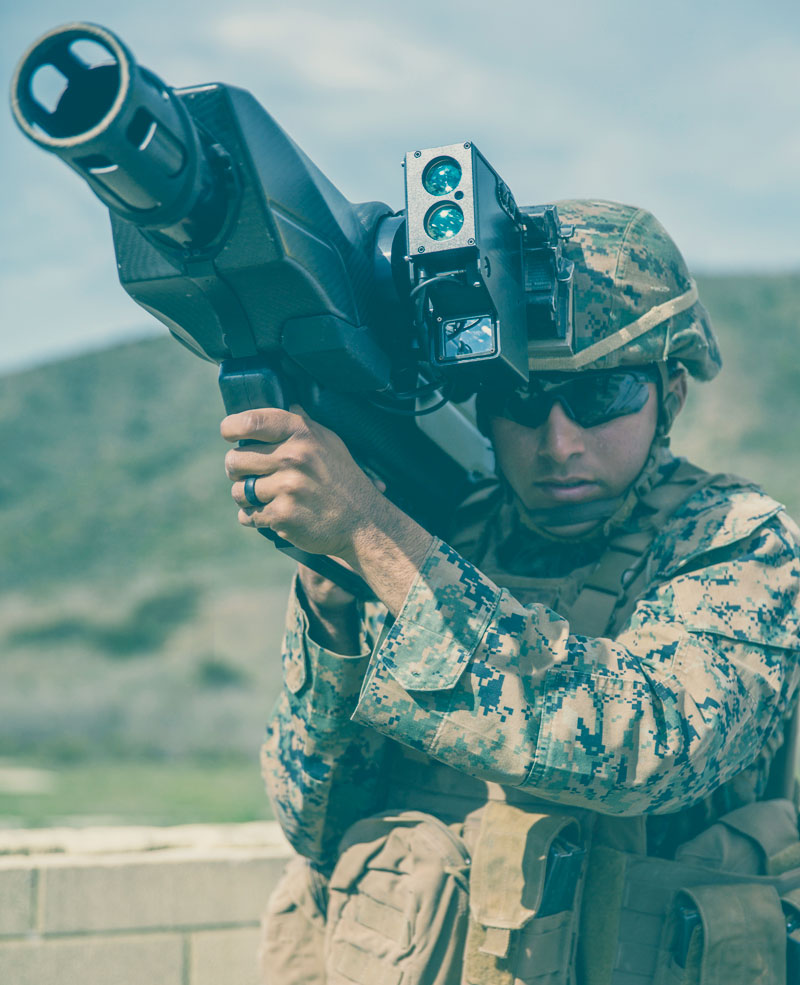 Several built in safety features to ensure it is safe to use in public areas.

Automatic parachute deployment for controlled descent of the captured drone and projectile. 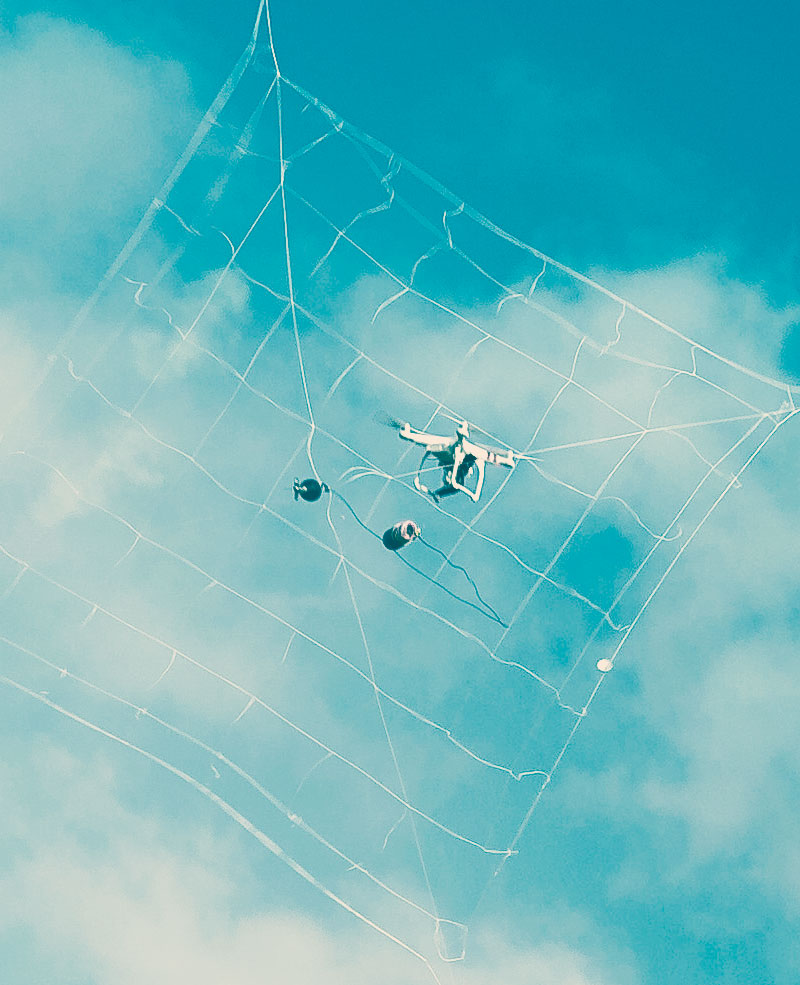 Defend against all types of aerial drone, now and future. 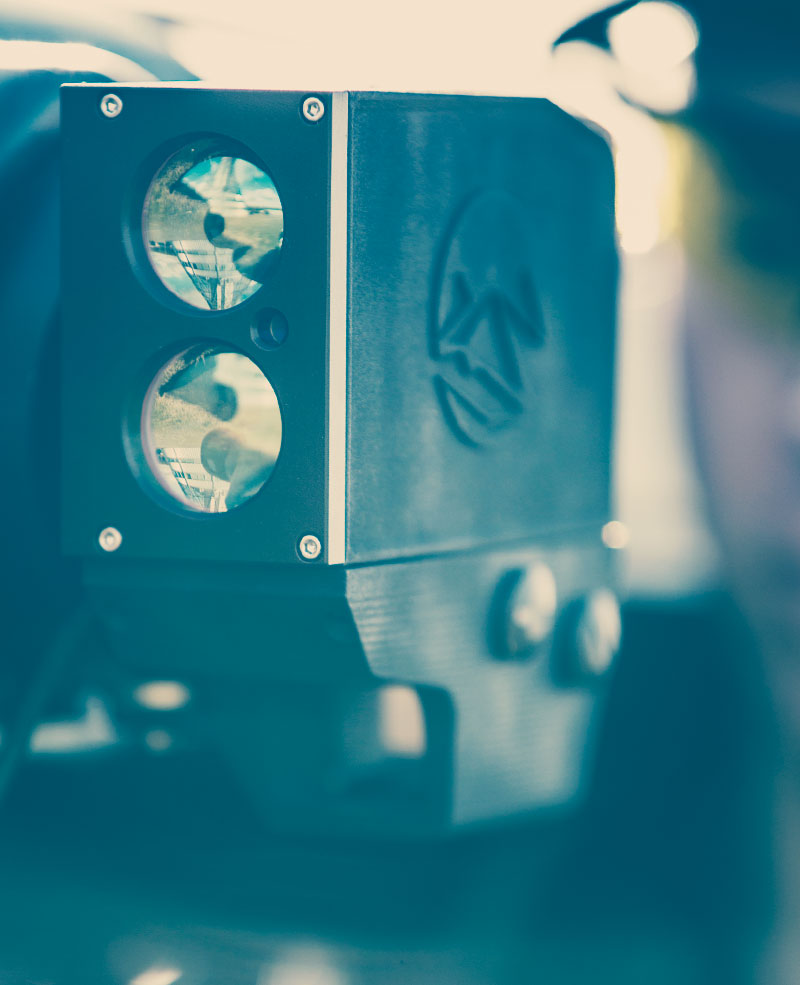 The SmartScope measures environmental factors that effect performance and compensates as required.

SkyWall projectiles are re-useable and can carry a range of counter measures. The SP40 includes a parachute which controls the descent of a captured drone.

This minimises the risk of any collateral damage and keeps the drone intact. It allows forensic investigation and enables identification of the operator.

If the drone eludes capture, the projectile deploys regardless and controls the safe descent of the tethered components.

SkyWall Patrol has been deployed to protect the Berlin Air Show from drone threats, ensuring security and safety can be enforced.

German policing authorities deployed SkyWall Patrol again at the Berlin Air Show, as part of a system called GUARDION, and thus alongside other technology from across Europe; radar systems will detect potential targets and electronic countermeasures will work with SkyWall to track and stop any confirmed threats. 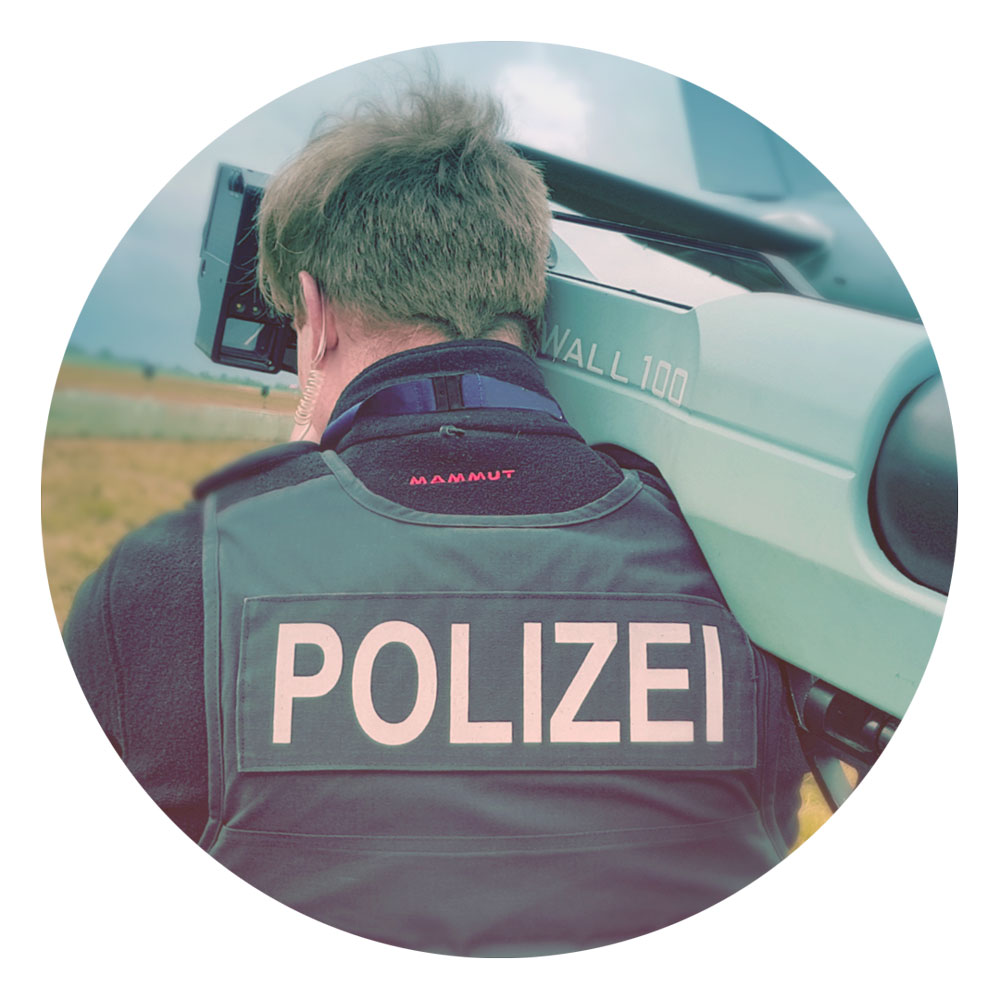 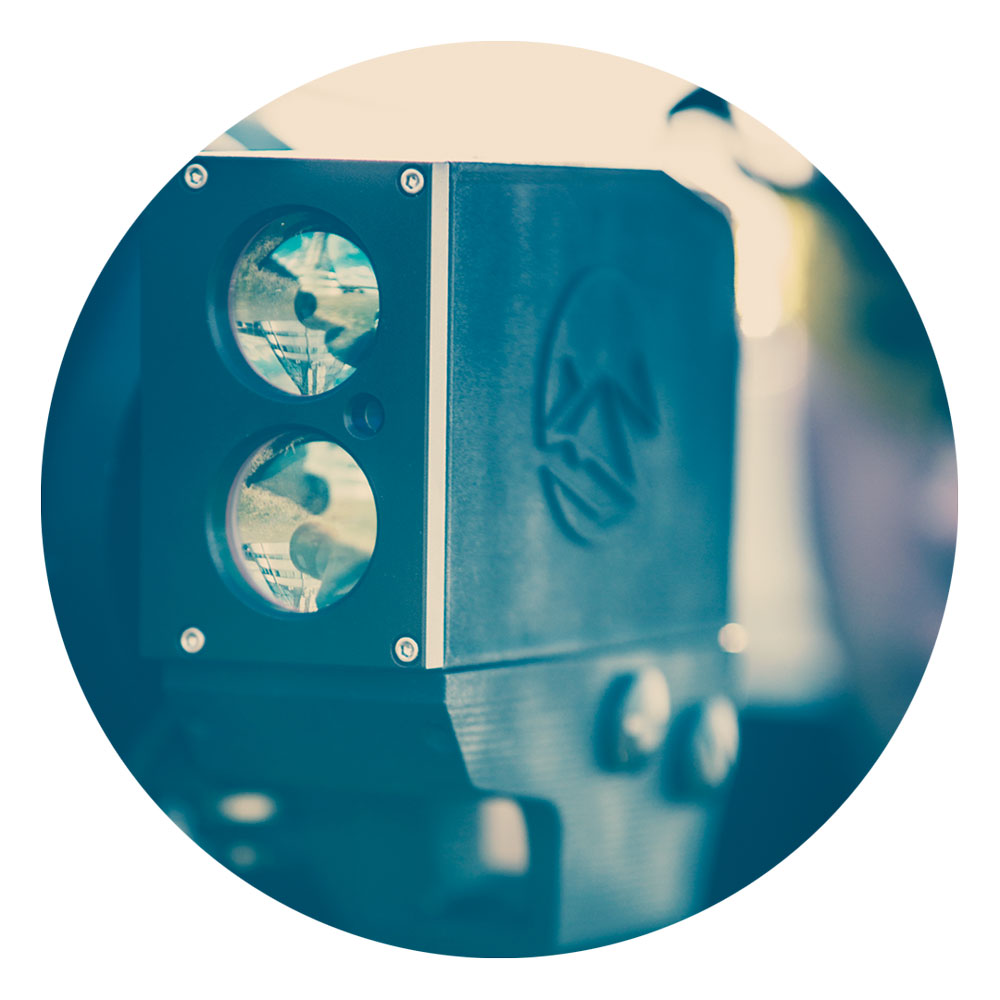 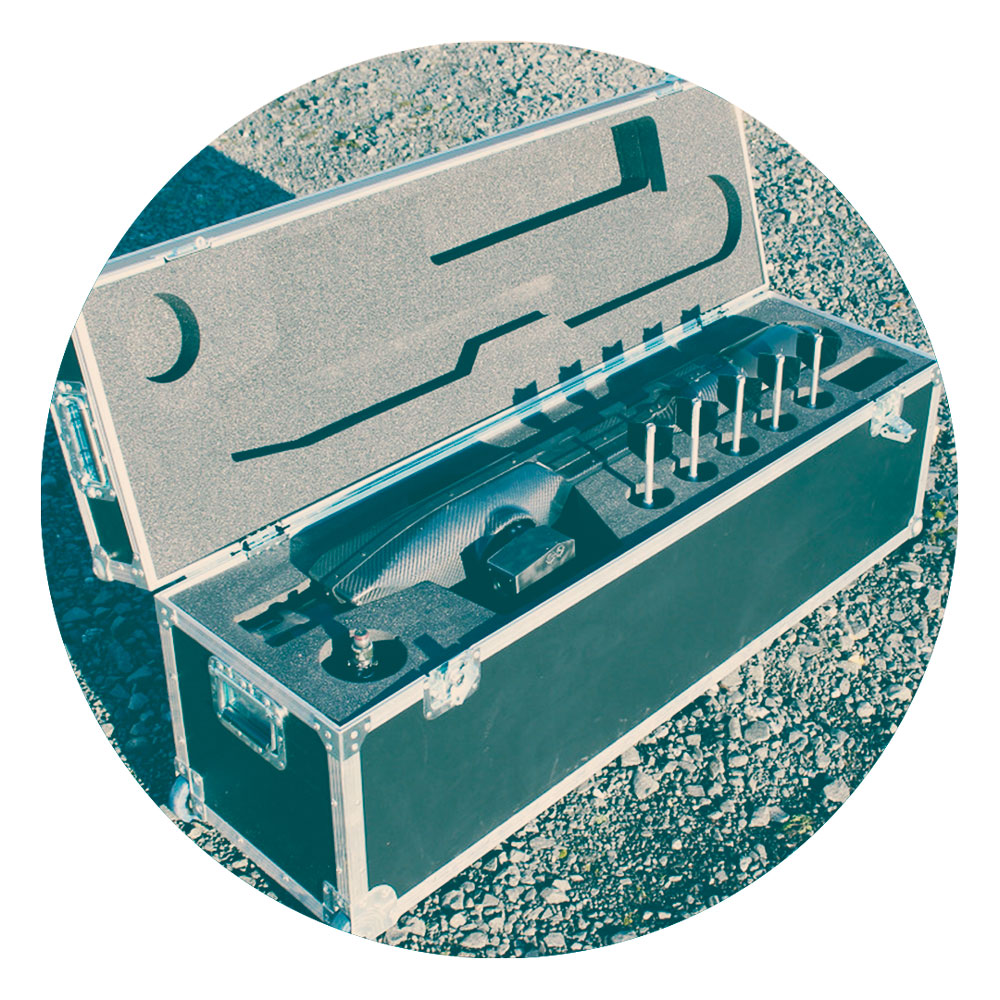 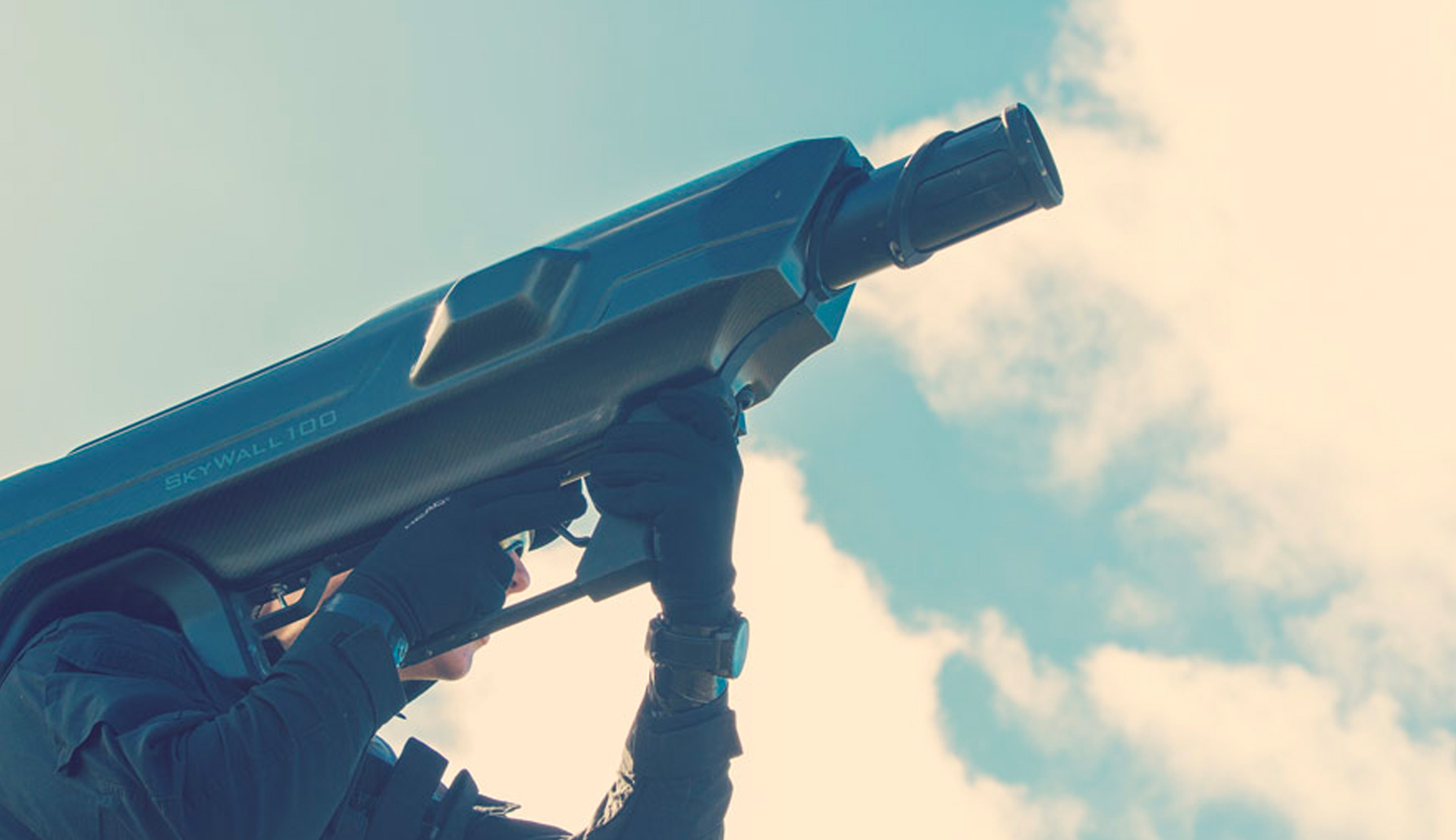 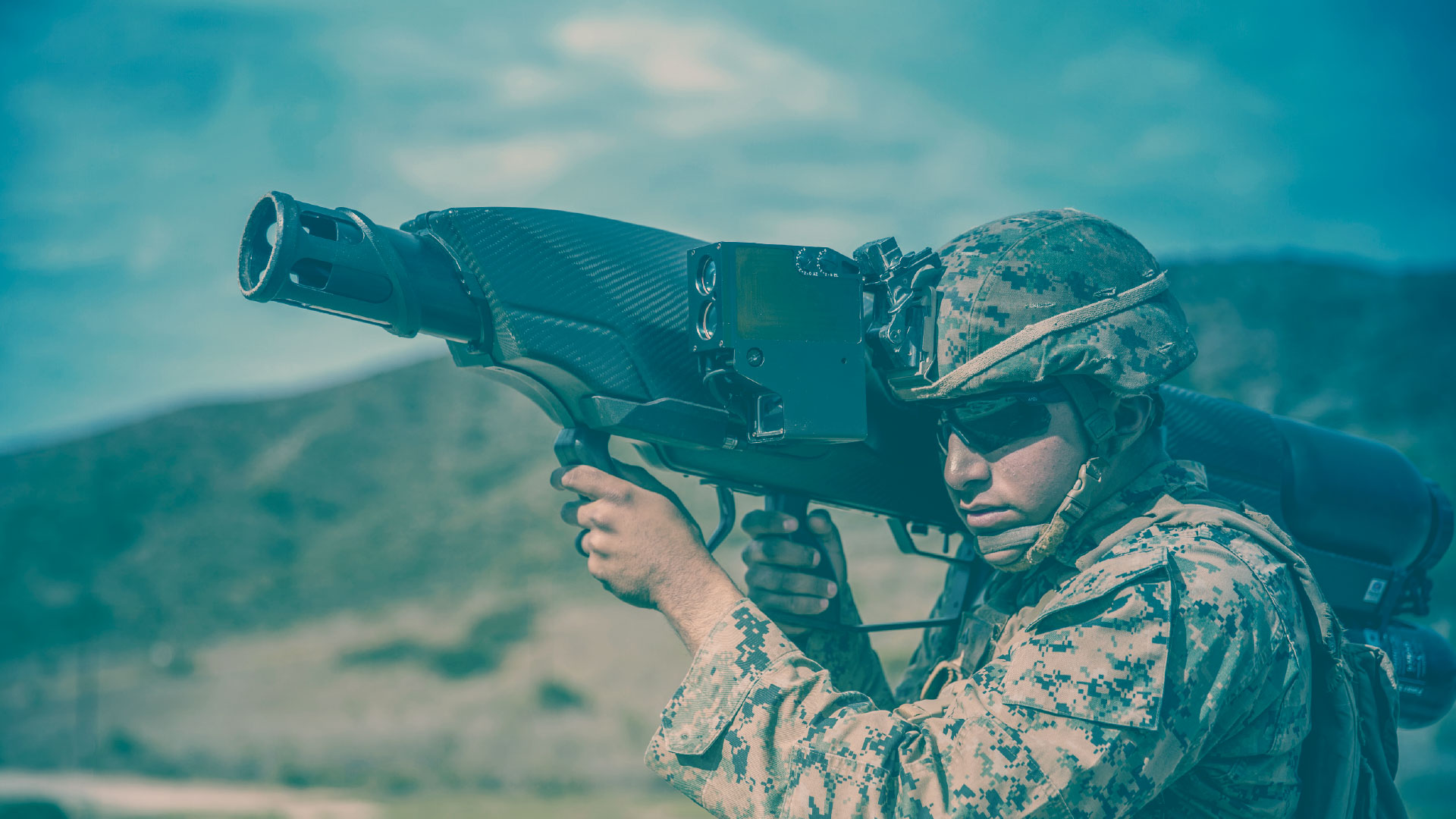 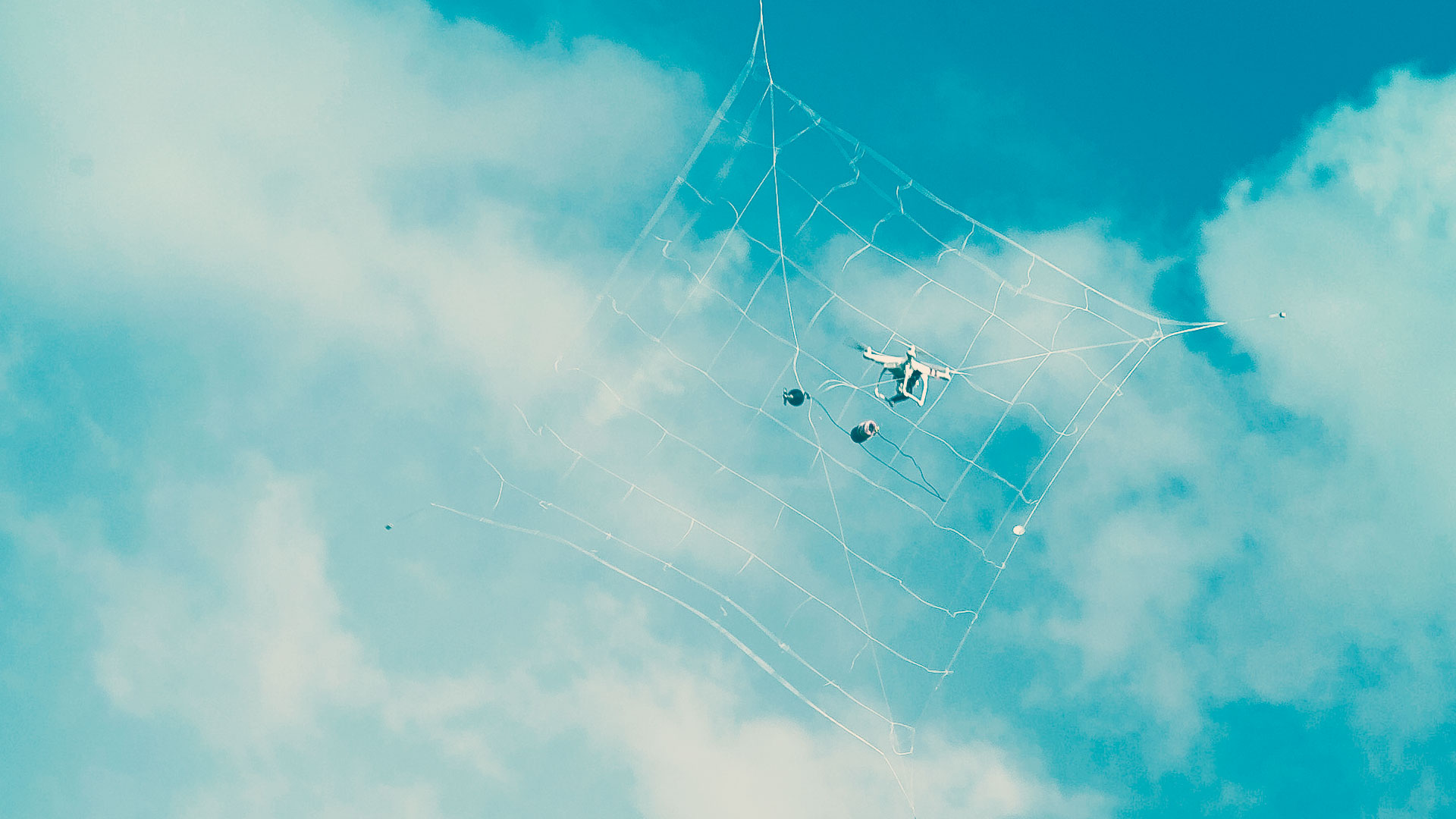 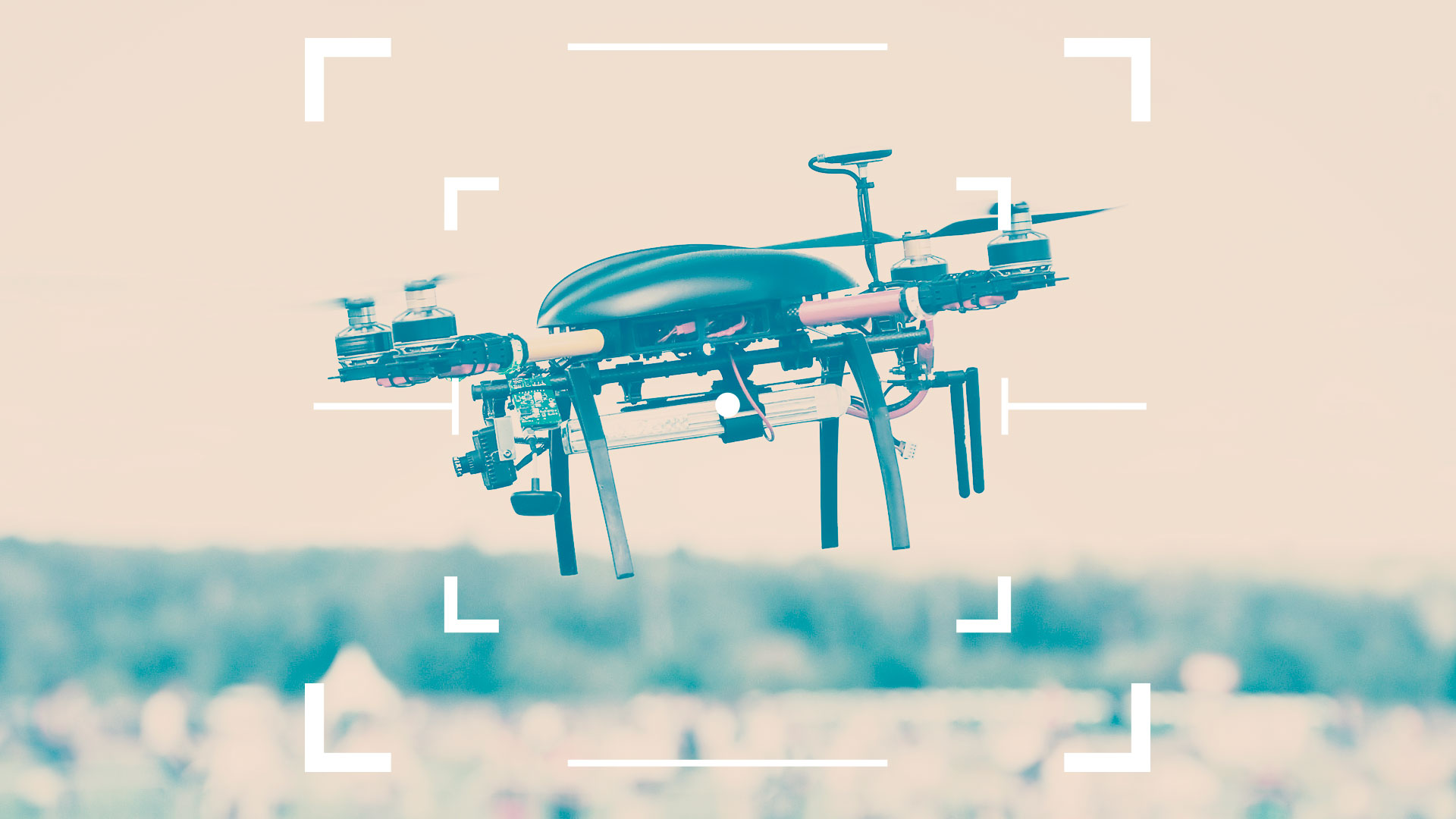 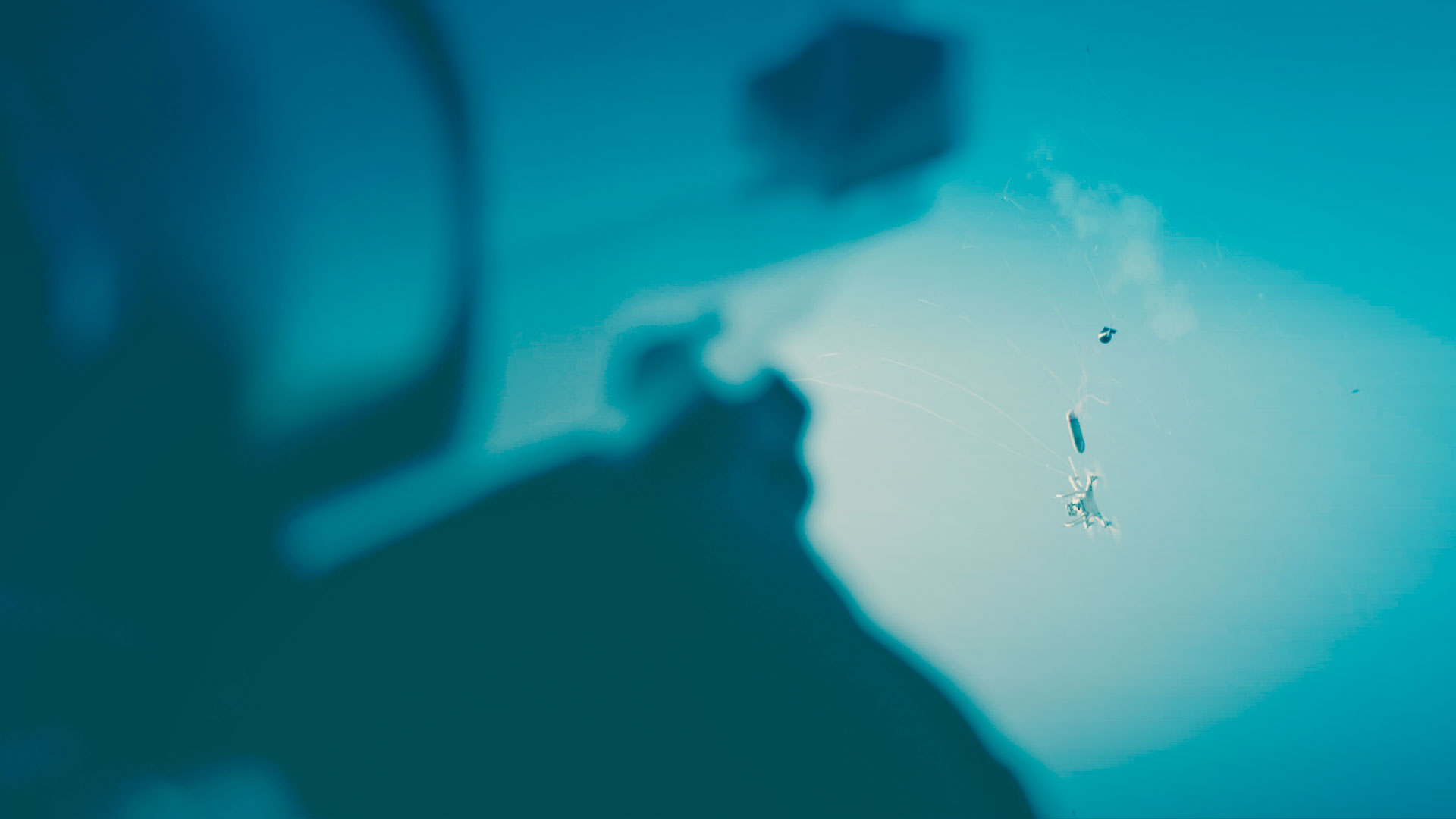 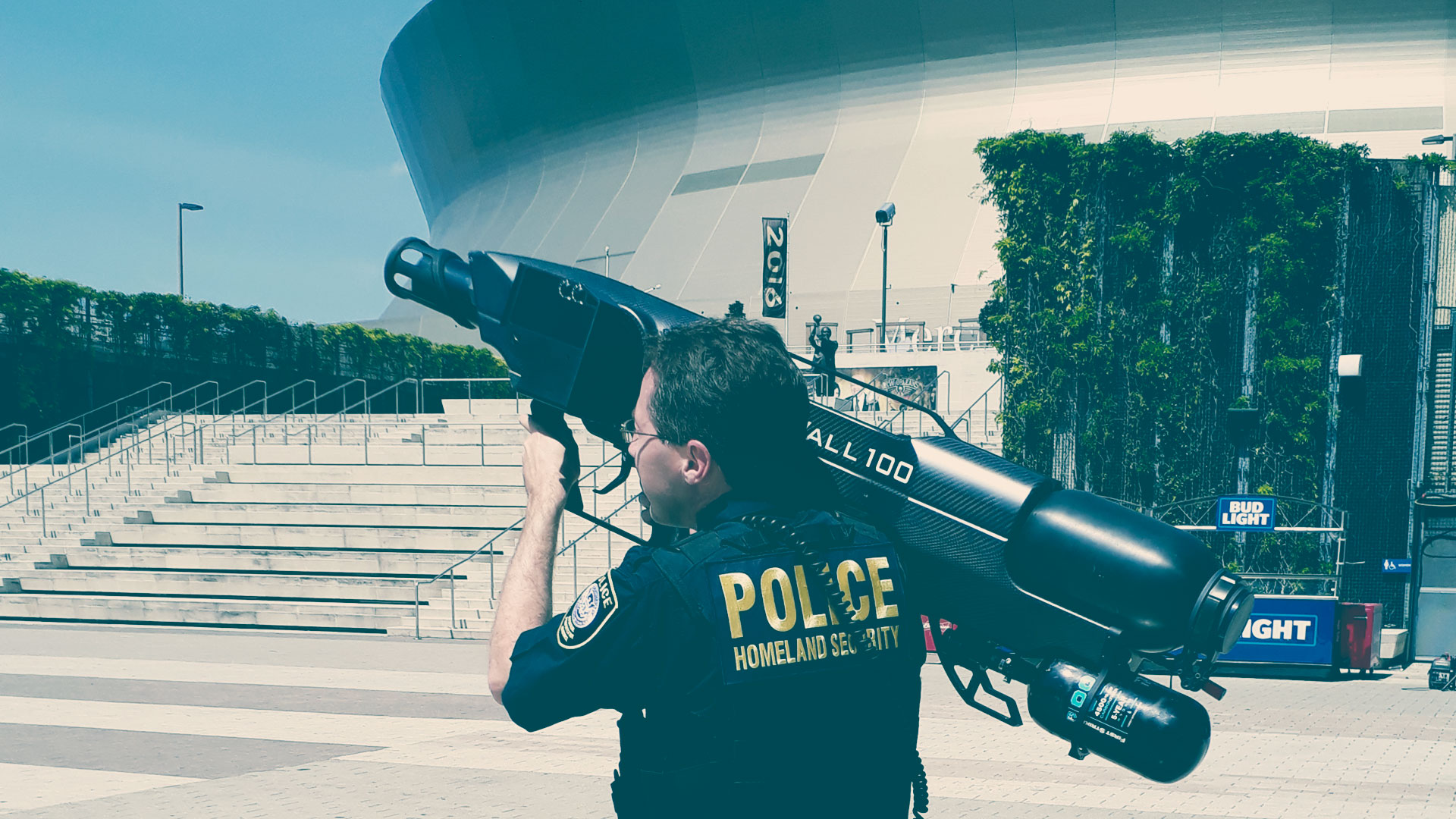 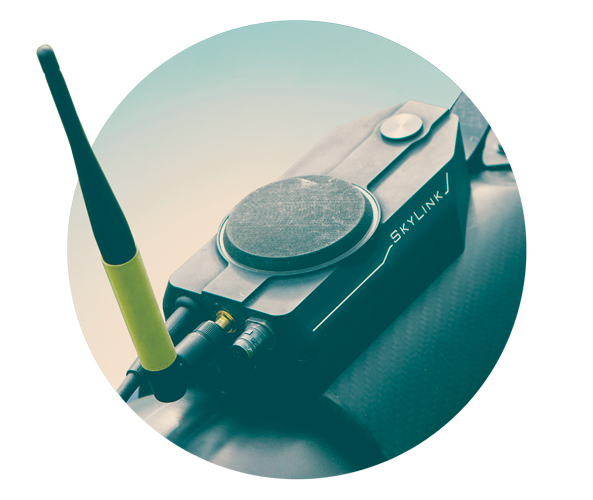 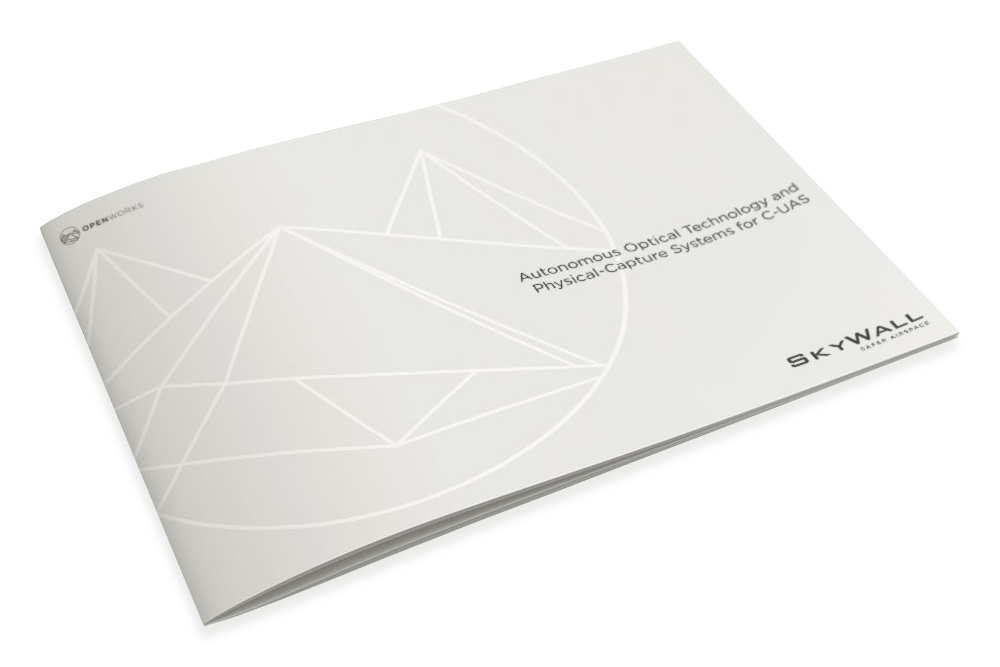