SkyTrack represents the latest in optical UAS detection and tracking technology and ESG Elektroniksystem-und Logistik-GmbH, lead integrator of the GUARDION C-UAS system, are the first to put SkyTrack through its paces ahead of first customer trials and the formal product launch.

ESG take pride in carefully testing and selecting best-of-breed technologies to provide for each element of the C-UAS solution. During the testing in Bavaria in Germany, SkyTrack was able to autonomously detect, classify and track class 1 UAS up to 2km of range without input from the operator.

SkyTrack can be integrated with any type of UAS primary detection. Once the UAS is detected, location data is streamed to SkyTrack causing it to quickly react, finding the UAS in the sky using powerful AI computer vision. High-definition daylight and infrared cameras are coupled to highly accurate controls allowing for autonomous confirmation of the UAS presence. Video is streamed directly to the operator, allowing the freedom to concentrate on mission critical decisions.

GUARDION, the Counter-UAS solution of ESG and its cooperation partners Rohde & Schwarz and Diehl Defence, as well as other GUARDION Selected Suppliers such as OpenWorks Engineering, is based on the mission-proven system used to secure major political events such as the G7 summit in Elmau in 2015, the state visit of President Obama in June 2016, the G20 summit in Hamburg in 2017 or the celebrations on the Day of German Unity 2018.

All of the deployed technologies and products are linked together using a command and control system that was originally developed for the military: TARANIS® by ESG. Based near Munich in Germany, ESG have identified the most capable products that mitigate the drone threat and united them into a layered defence system to achieve a highly capable complete system, called “GUARDION”(https://guardion.eu/).

“It’s important that end users have a range of options when developing a C-UAS capability. We test the most promising systems available from around the world to see what they can really do. The SkyTrack system is very effective and shows impressive performance against UAS even when backgrounds are present, such as trees and buildings.”

SkyTrack can also provide fire control and target information to allow other effectors to be engaged autonomously. Effectors and weapon systems can also be mounted directly onto the SkyTrack pan/tilt system.

“OpenWorks Engineering believes that authorities need a high-performance solution at a sustainable cost. SkyTrack has been carefully developed to bring together the latest technology with an architecture that regularly upgrades to match the evolving threat.”

SkyTrack will be deployed by authorities around the world as part of the solution to the growing threats posed by misuse of drones. SkyWall optical tracking technology has developed hugely since it was first shown at the Army Warfighter Experiment in 2017, where it was originally developed to provide the accuracy required to follow a UAS with a laser range finder for fire control.

OpenWorks has worked closely with its technology partner Antmicro to further develop the most capable autonomous target acquisition and tracking system available. 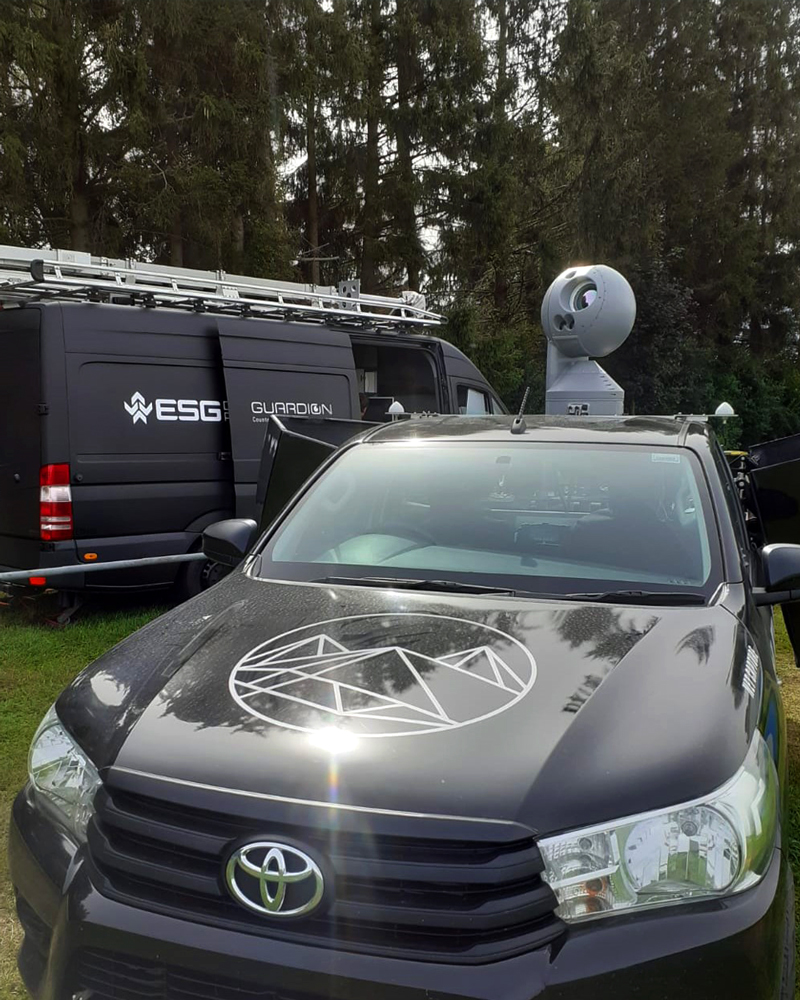